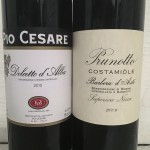 Wines of the Week

starting in the North East the best known grapes are: 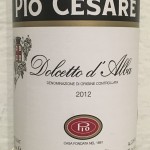 Dolcetto means little sweet one but the wines are not sweet. Dolcetto is the least “serious” of the Piedmont wines and is the everyday wine in this region. You drink Dolcetto while your Barolos and Barbaresco’s are aging. This wine from traditional producer Pio Cesare- 2012 Dolcetto d’Alba is stainless steel fermented and aged. It is an elegant wine and like all of the other Dolcetto denominations it is 100% Dolcetto (not a blend). 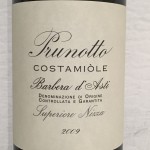 Barbera is the most widely grown grape in Piedmont. It can be used to produce various styles of wine depending on the wine maker. The 2009 Prunotto Costamiole Nizza is pretty spectacular on it’s own but is even better with food. The Nizza denomination was a sub zone of Barbera d’Asti until 2014 now Nizza is the only denomination that requires 100% Barbera (also not a blend).