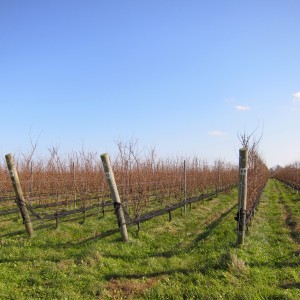 This weekend I traveled to the North Fork Wine Trail but when I returned home I needed to clean up  the many scattered leaves that are a constant reminder that winter is soon approaching.

The smell of the leaves swirling in the fall wind took me back to the vineyards and tasting Cabernet Franc.

Cabernet Franc is native to Bordeaux, France. Generally it is used as a blending grape along with Cabernet Sauvignon and Merlot.  But in some areas of the Right Bank of France (Pomeral and St. Emilion) along with the Loire Valley, they use Cabernet Franc to make a single varietal wine. 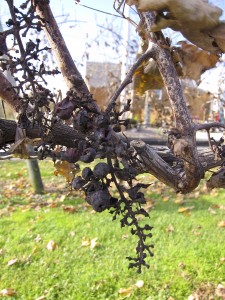 These wines have aromas of fall leaves, potting soil, wet bark as well as tea, and some other spices. If you have ever stuck your head into a damp pile of raked leaves you will recognize the scent.

Cabernet Franc is called by many names: Bouchy (in the Southwest of France), Bretton, in the Loire Valley, and Bouchet on the Right Bank of Bordeaux.

The grape has more recently found a home on Long Island where the conditions are well suited for growing single varietals that share the same woodsy components of the French wines. 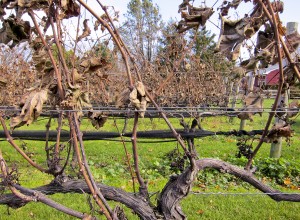 Cabernet Franc actually crossed with Sauvignon Blanc, to create Cabernet Sauvignon, but it is lighter in tannin and color (pigment) than Cabernet Sauvignon. The lower tannin makes it is easier to drink on it’s own, yet it is also very food-friendly, easily pairing with a number of fall dishes like roasted butternut squash or pumpkin soup.

Some of my favorites producers of Cabernet Franc in New York :

If you would like to try an example of a French Cab Franc, Bourgueil Nuits d`Ivresse Breton is an easy drinking excellent value from the Loire Valley. The name of the wine translates into “Drunken Nights”. 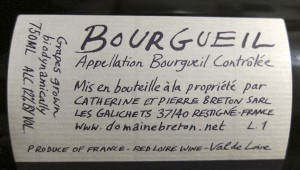 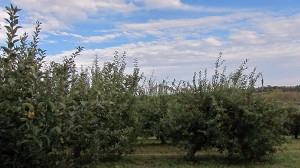 Beautiful warm weather, early fall day after apple picking…. what to drink?
I have the perfect suggestion…

Wine of the Week- any Bob Dylan fans?
Le Terrazze Praeludium- around $12 retail– if you can find it.
Perfect for early fall/Thanksgiving 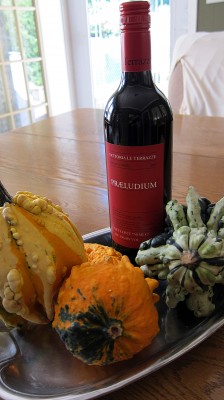 When the weather turns cooler I think red wine. However it is still early fall and we have been blessed with 70 degree weather. Now I am thinking light to medium bodied, slightly fruity, red.

You might think I went for Syrah or Beaujolais (Gamay grape)?

Nope. Rosso Conero (Montepulciano grape and a dollop of Syrah) from Le Marche (lay MAR-kay) which is located on the back of the Italian boot (top of the calf). The wine is made by Bob Dylan fanatic Antonio Terni of Fattoria Le Terrazze. Several of his wines have received the Tre Bicchieri (three glasses) award which is the highest Italian honor for a wine to receive.

At my local wine shop they were trying to END_OF_DOCUMENT_TOKEN_TO_BE_REPLACED