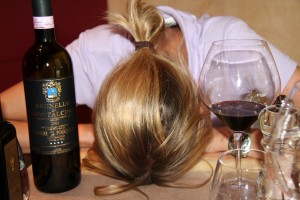 Selling alcoholic beverages in the United States is extremely complicated. Blame it on prohibition…but when it comes to the sale of Beer, Wine or Spirits, it is often said that we are like 52 different “countries” as the laws are slightly different in each.

Why 52?– 50 states + Washington D.C. & Montgomery County, MD (which both have their own special requirements).

Additionally there is the concept of Control States. As of July 2016, seventeen states* and jurisdictions in Alaska, Maryland, Minnesota and South Dakota adopted forms of the “Control” model. These 17* have state monopoly over the wholesaling or retailing of some or all categories of alcoholic beverages, such as beer, wine, and distilled spirits.

As a wine, beer or spirits consumer, “Why do I care?”

Because sometimes the laws change, and when they do, it has a direct effect on the available selection, and the price you pay, for “adult beverages.”

Pennsylvania was previously one of the most important Control States, with the PLCB (Pennsylvania Liquor Control Board) being one of the top 10 purchasers of wine & spirits in the country.

Starting August 8, 2016 with Pennsylvania law HB1690 going into effect, the monopoly will be broken up, giving some state control out to the private sector.

Although no one knows how this will shake out, my initial opinion is that this will result in few winners but many more losers. Based on what I have read this is not going to bode well for consumers who like to try unique, hard to find wines- as the margins will be too thin to support carrying them. I am one of these types of consumers so I am glad I don’t live in Pennsylvania  right now. If you think the old model was broken…this could be worse.

I would love to hear your thoughts…

Some articles that I read to form my opinion